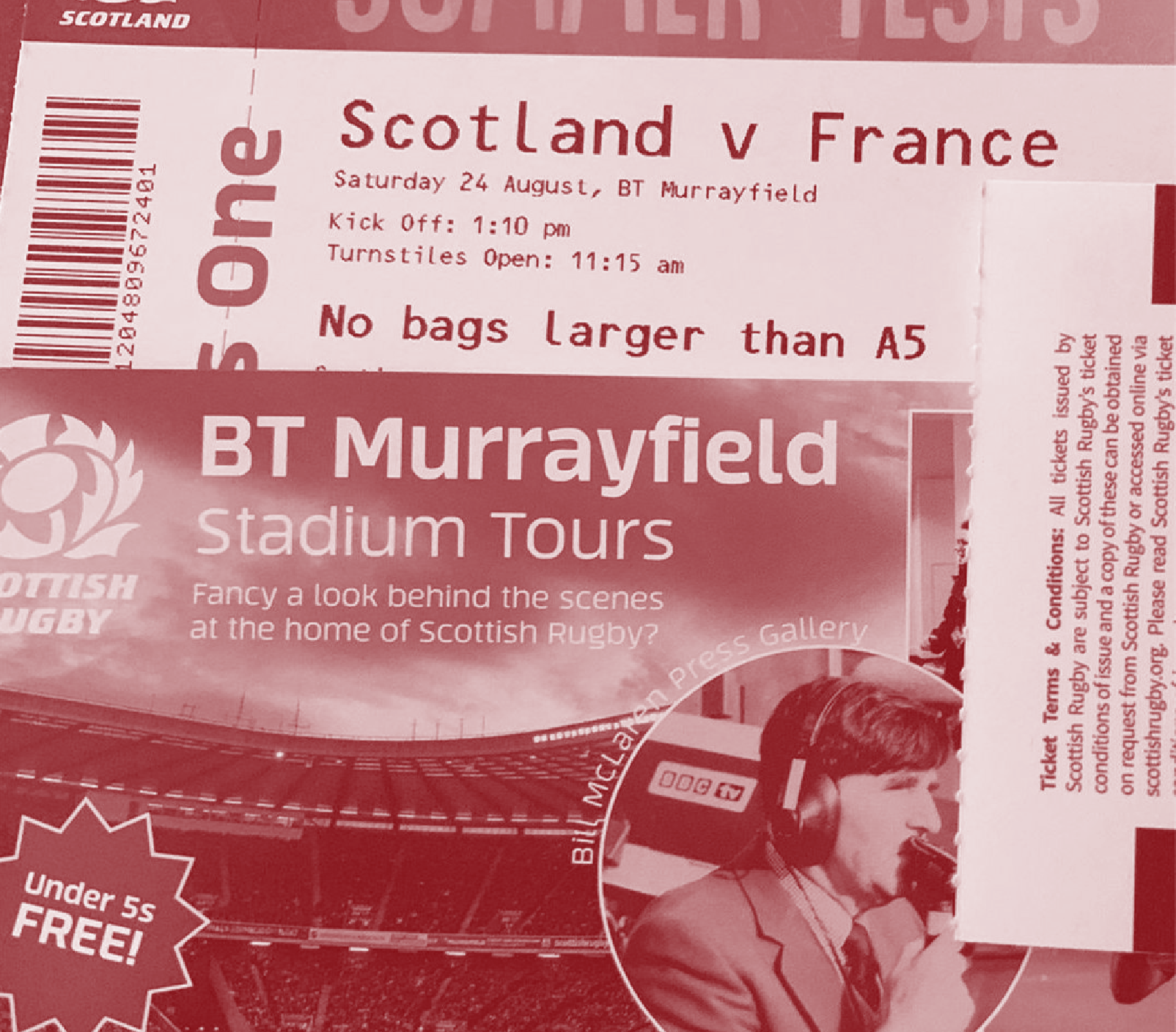 Gary and I love watching Scotland play rugby. The atmosphere at Murrayfield Stadium in Edinburgh is amazing and I especially love it when they play “O’Flower of Scotland”.  The piper starts everyone off but only plays for the first verse, but once he stops, the whole stadium continues singing and it is quite moving. There is a lot of passion there.

We managed to go to Murrayfield during our holiday this year. Gary bought four tickets but unfortunately our friends couldn’t join us so we had two spare tickets. We advertised them but were unable to sell them, but we had been approached previously outside the stadium by people wanting spare tickets, so thought we would be able to get rid of them.

As you walk down to the stadium, there are lots of pipers and drummers along the way,many of them children, I saw two young lads playing and suggested to Gary that if we couldn’t get rid of the tickets, perhaps we could give them away.

By the time we got to the turnstiles, we still had these two tickets, so Gary said I could offer them to the two lads playing the bagpipes.

I walked back and asked the older lad if he was going to see the game. When he said no, and I asked him if he wanted to as I had some spare tickets, he said no again, which made me laugh! The other boy, who turned out to be his 8 yr old brother, said that he did want to see the match, and called his mum over. I have to admit she looked a bit shell-shocked when I explained the situation,but she knew that he had wanted to see the match but they had been unable to get tickets. She was quite overwhelmed by our generosity as the tickets were worth £70.

As the team were singing “O’Flower of Scotland”, the boy and his mum arrived. I think that she was more excited than her son, and said she’d not seen Scotland play since the 1980s! I asked if I had disrupted her afternoon, but she was managing to get out of the ironing and housework! They were good company and as they left, thanked us again for our generosity. It turned out that her son was an avid rugby supporter and was already playing rugby, so it was great that he saw his country play at their home ground.

Now we could have left the seats empty and not passed on the tickets, but I couldn’t bear to see them going to waste, and it would have annoyed me to see the two seats empty. We were not going to recoup the money and so we might as well let someone else benefit.

We’ll never know the full impact of that decision to give those tickets away…it might have restored someone’s faith in human nature if she shared it on social media or told friends and colleagues; she might have needed that afternoon to getaway from the usual routine and spend some quality time with her son; her son might have been so inspired that he now focuses on his training and ends up playing for Scotland in the future…who knows… but what I do know is, to quote Scott Adams, “there are no small acts of kindness, every act creates a ripple with no logical end”.

Whilst it was nice to pass the tickets on, there was also that lovely feeling of having done something nice for someone, with no expectation of payback or reward.  There are actually scientifically proven benefits of being kind including increased happiness energy and lifespan, and reduction in blood pressure, pain, stress, anxiety and depression.

The effects of that decision will spread and ripple out, and now that you have read this, hopefully it will inspire you to do a Random Act of Kindness too.  If you get stuck or ideas, check out this website.

When a special birthday actually turns out to be even more special, thanks to wonderful friends and family.

How can I make my office help improve my wellbeing?

Can my environment help reduce burnout and help improve my wellbeing? Yes it can...here are some suggestions to help get you started

What can I do in my work breaks?

Have some self-care during your break...Not sure what to do? Well here are a few ideas. What will you do?